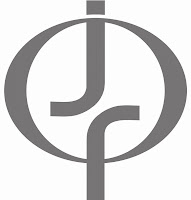 Though we are conscious of the syncretistic theatrical being, this time we have drawn our attention towards the creation of director's, a creature of protean nature which along with each new performance changes its form and asks many delicate questions. That relentless poet of the stage, of a profound belief, each time, over and over again, re-imagines his story on better and more humane world.
Dragan Jakovljevic, Selector

Selector of Fourth JoakimInterFest 2008 is Dragan Jakovljevic, director of the Knjazevsko-srpski teatar from Kragujevac. At the Festival participate theatrical performances from USA, England, Italia, Romania, Croatia, Republic of Macedonia and Serbia. The performances these theatres are in competing for the awards. The play Dek tagoj de kapetano Postnikov of the Shelter Scene from City of Kragujevac, Serbia will be performed in the honor of the awarded.

Joakim's award for the best play

Joakim's award for the director

Joakim's awards for the actors

Joakim's award for the visual effects


Jury of the Festival at the sitting that took place on 14.10.2009. in Kragujevac, the following decissions were made, unanimously:

1. Joakim's award for the best direction: Salvatore Tramacere and Antonio Pizzicato for the direction of LA PASSIONE DELLE TROIANA, of The Teatro Koreja from Lecce, for well thought out and contemporary reading of classical drama text and impressive audio-visual composition of various artistic elements, from traditional music of Balkan people, through ritual dance untill modern scenic expression.

2.Joakim's award for the best play: The Cherry Orchard, Theatre Kolectiv, Manchester-London, England. The play The Cherry Orchard, in well conceived direction of Aleksandar Dunđerović, he stresses out, in an innovative and original way, universal values of Chekhov s text and places them into a contemporary context of nowadays world that has reduced spirituality to market merchandise. It is a play of strong emotions and clear message, at the same time entwined with melancholy, irony and cynicism.

3. Special Joakim's reward (equally): SERIOUS PLAY! THEATRE ENSEMBLE, Northempton, the USA, for daring, skilled and well dramatically assembled, a mltimedial, socially engaged and neutral approach to the painful subjects that the authors, Milan Dragicevich and Sheryl Stoodley, transformed very successfully and artistically coherent into the play Milošević at the Hague, althought in the world and Serbia as well, there are some distinctively divergent, sharpened and exclusive opinions on that and to the play THE OTHER SIDE, of The Small Drama Theatre from Bitol, in which,young, avant-garde director Martin Kočovski, by using experiences of the dramaturgy blood and sperm, with his courageous assembly from Bitol, succeeds, through a clash of generations, to counterpoints the time when we used to be realistic and when we demanded impossible and a decadent and depressive present in which an individual looses himself in his own loneliness.

4. Joakim's acting awards:
MAUREEN BRYAN, for the role of Madame Ranevsky, in play The Cherry Orchard, of Theatre Kolective, in which the British actress completely evokes the width of a Russian soul, adding to it some of plain English mentality, using the artistic means that are clear, various, emotional and well picked.
To the actors assambly Knjazevsko-srpski teatar for collective performance inthe play Club NewWorld Order, by which they justified the tradition of the oldest Serbian theatre and showed us why THEATROPOLIS in the name of the city points out that they are familiar even with non-realistic structure of the play and that they are capable of performing the play that is complex and contemporary, that gather the experiences of total and political theatre, in their own characteristical way, altogether with the director that follows the tradition of Robert Lepage.

5. Joakim's award for visual effects: to the play THE PATRIOTS, of The National theatre from Uzice. Larry Zappia, the director, reads this classical, yet always contemporary, uncompromised Sterija's text, in a radical, innovative way, placing it on the stage with a descent usage of adequate theatric signs: from Brecht s rules, through plain, yet suggestive spectrum of colours, untill the written messages and songs that do not let down, but emphasize the basic meanings of Sterija s text. The assembly of Uzice s national theatre has achieved the maximum of the meaning with the minimum of scenic effects.

The special acknowledgement of the jury should be given to the Direction of the JoakimInterFest for the organization, hospitality towards numerous foreign and local guests, as well as for sustaining logistic support to the festival from its foundation until today.

6. With an average grade of 9,89, the audience award goes to the host s play of Knjazevsko-srpski teatar  and Theatre Kolectiv The Club New World Order, directed by Aleksandar Dundjerovic.